To share your memory on the wall of Mark Morris, sign in using one of the following options:

Mark mostly grew up in Spokane, WA and attended school graduating from Central Valley High School. He joined the United States Army in 1988 and proudly served his country during Desert Storm until 1991. He received several accommodations for his service such as the National Defense Service Medal, Southwest Asia Service Medal with Bronze Stars, and the Army Commendation Medal. Mark enjoyed being outdoors fishing, computers, and collecting survival gear. He enjoyed spending time with his family and friends.

Mark is preceded in death by his sister Jodie O'Daniel.

To send flowers to the family or plant a tree in memory of Mark Anthony Morris, please visit our Heartfelt Sympathies Store.

Print
To be announced at a later date!!!

We encourage you to share your most beloved memories of Mark here, so that the family and other loved ones can always see it. You can upload cherished photographs, or share your favorite stories, and can even comment on those shared by others. 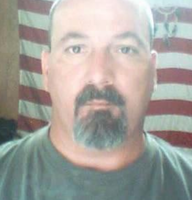