To share your memory on the wall of Noah Albin , sign in using one of the following options:

Noah was raised in Ringling where he graduated from High School in 1958. He worked within the Banking and Real Estate industry all of his working years which moved his residence frequently. A majority of his life was lived in California, where he enjoyed teaching at the local college in Stockton. He and the former JoAnne Larson were united in marriage on Dec. 22, 1972 in Stockton, CA. They did move to Hawaii in 1980 for a couple of years where he attended Brigham Young University of Hawaii.

Noah eventually retired in 1994 due to health issues. JoAnne also retired & together they cared for her mother until she went to be with the Lord in 2008. In the following years, they would follow their daughter, JoVena & her family to wherever the Lord led them. These moves included to various cities of Texas and Tennessee. Noah loved watching western films, picking up fried catfish from Casey's or homemade pecan pie for dessert. Every time Noah returned to his HomeState of Oklahoma, as soon as he would cross the state line by the Red River, he would shout out of nowhere the song, "Oklahoma". Noah grew up in the local Pentecostal church in Ringling that his mother, Louvenia had helped start.

He is preceded in death by his parents, two infant twins and his step daughter, Tami Jo.

Condolences may be sent online at www.alexanderfuneralhome.org
Read Less

To send flowers to the family or plant a tree in memory of Noah Edwin Albin , please visit our Heartfelt Sympathies Store.

We encourage you to share your most beloved memories of Noah here, so that the family and other loved ones can always see it. You can upload cherished photographs, or share your favorite stories, and can even comment on those shared by others.

Posted Jun 23, 2021 at 08:04pm
Please accept our most heartfelt sympathies for your loss... Our thoughts are with you and your family during this difficult time. 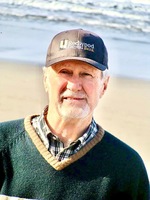