To share your memory on the wall of Arthur Greene, sign in using one of the following options:

Arthur was born on Dec. 16, 1959 at Poteau, OK to the late Mr. Joe Allen Greene and Mrs. Patricia Ellen (Sinclair) Greene. He departed from this life on Tuesday, June 1, 2021 at a healthcare facility in Dallas, TX.

Arthur was raised primarily at Healdton where he graduated from High School in 1978. He initially gained employment at Halliburton as a machinist until entering college in 1982. Arthur attended college at East Central University and later graduated from Oklahoma State University with an engineering degree.

Arthur had a great admiration for Airplanes and woodworking. He had an eye for advanced mechanical engineering, working for GE aeronautics division and SAI, where he developed several patented mechanical components that are still in production. He also had a great love for music and was an avid drummer.

Arthur's career made him a resident of Houston for a number of years until he reunited with an old friend from grade school, Susan (Smith) Means. They were married on March 19, 2013, making their home in Zaneis. Arthur gained local employment at Michelin Tire Plant of Ardmore as an engineer, where he loved working for as long as his health allowed.

His parents, Joe Greene and Patricia Stephenson, preceded him in death.

Family visitation will be held from 6 pm to 8 pm Saturday evening at Alexander Gray Funeral Home of Healdton.

Condolences may be sent online at www.alexanderfuneralhome.org

To send flowers to the family or plant a tree in memory of Arthur Warren Greene, please visit our Heartfelt Sympathies Store.

We encourage you to share your most beloved memories of Arthur here, so that the family and other loved ones can always see it. You can upload cherished photographs, or share your favorite stories, and can even comment on those shared by others.

Lance, Mary and Nathan Foster, Dr. Cara's office, and other have sent flowers to the family of Arthur Warren Greene.
Show you care by sending flowers

Posted Jun 05, 2021 at 03:13pm
I am so very sorry for your all's loss. I wish I had the right words, just know I care. You all will be in my thoughts and prayers.
Art and I worked together at SAI and we became really good friends. I will always treasure his friendship. He was one of
a kind. I will miss our FB messenger chats that we had from time to time.
Again I am very sorry.
Cathie Michaelson
Comment Share
Share via:
DO

Posted Jun 04, 2021 at 10:04am
Please accept our most heartfelt sympathies for your loss... Our thoughts are with you and your family during this difficult time.

Posted Jun 04, 2021 at 08:04am
Chelsea, I am sorry that I never had the honor of meeting your Daddy. The family sends a big hug to you and yours. XXOO

Art and Cathy Litchfield Theriot purchased flowers and planted a memorial tree for the family of Arthur Greene. Send Flowers 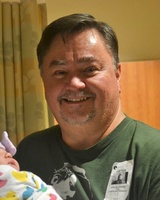 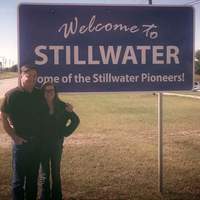 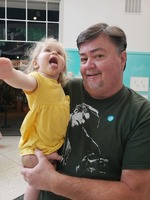