To share your memory on the wall of Danny Adams, sign in using one of the following options:

Danny was raised in Velma attending and graduating from Velma High in 1966. He attended East Central University and graduated with a bachelors in History. Shortly after, Danny taught school at Elmore City Public Schools for a short period of time before working at Uniroyal/Michelin mostly in shipping and receiving. He retired in 2008. He married the former Mrs. Sandra June Easley on April 21, 1998 in Gainesville, TX. Danny enjoyed fishing, reading and he loved the outdoors. He was a member of the First United Methodist Church in Healdton.

Preceding him in death were his parents; and an infant brother, Thomas Lee Adams.

To send flowers to the family or plant a tree in memory of Danny O'Niel Adams, please visit our Heartfelt Sympathies Store.

We encourage you to share your most beloved memories of Danny here, so that the family and other loved ones can always see it. You can upload cherished photographs, or share your favorite stories, and can even comment on those shared by others.

Posted May 24, 2021 at 12:21pm
Danny was a couple of years older than me when we were in school at Velma. He was one of the nicest guys you would ever meet. Always smiling and friendly to everybody. I am praying for Danny and his family at this sad time. Remember that we will see him again on the other side.
Comment Share
Share via:
DA 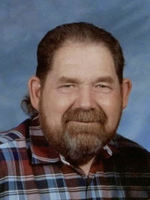